The Story of "Nian"

How to say Chinese New Year in Mandarin? It says Xin Nian.

It is said that there was a monster named Nian in ancient China. It had long tentacles and was extremely fierce! Every new year's Eve, the "Nian" beast will break into the village and devour livestock and villagers. Therefore, when the day comes, people help the old and the young to escape into the mountains to avoid the harm of the Nian beast. One year on New Year's Eve, people in Taohua village took refuge in the mountains, and an old man came to the village. "I can subdue the Nian beast," he told everyone. In the middle of the night, the Nian beast broke into the village. It found that there was a big red paper pasted on the door of the ancestral hall of the village. The candles in the house were bright. The Nian beast screamed and walked forward. The animal shuddered all over and did not dare to move forward. 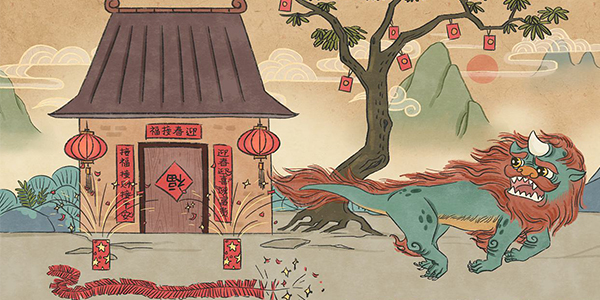 At this time, the old man in a red robe rushed out of the ancestral hall. The animal was so frightened that it ran away in a panic. After driving away from the new year beast, the villagers happily returned to the village. In order to celebrate, they changed their clothes and wore new hats one after another, and went to their relatives and friends' homes to say hello. From then on, every new year's Eve, every family pasted red couplets, set off firecrackers, every family had bright candles and waited for the new year's Eve. In the early morning of the first day of the new year, they had to go to relatives and friends and say hello. This custom became more and more popular and became the most solemn traditional festival among Chinese people.

Next: Tips and Steps for Using Internal and External Threaded Tools