Home / Our Story / About Us

It's a story of Trust.

Ms. Yanli Zhang, the current founder of the company, was one of the suppliers of Mr. Hartmut Blombach, another shareholder of the company, the owner of GSR in Germany. After three days and nights of negotiation on one promotion order about taps and dies, the two sides have established a deep friendship. And in the subsequent cooperation, they have created a deep trust between each other.

In July 2011, the idea of transforming a "purchasing office" into a "company" germinated in a discussion on a common travel way. After going through thousands of mountains and miles, hanging the colorful prayer flags on the top of the high Everest base camp, the two partners decided to turn this idea into reality, outlining the beautiful vision of "the company" to develop and progress together.

In December 2011, "China purchasing office of GSR Germany" was officially registered as "Hangzhou GSR Threads Tools Co., Ltd." and moved from the urban office to Wenyan Town, Xiaoshan, with a plant area of about 1000 square meters. The main business range are production and sales of hardware tools, including key products as: threads cutting tools such as taps and dies, drilling tools such as twist drill bits. The company's pursuit of Quality Control has enabled it to achieve successful sales performance and good reputation in the field of such tools. 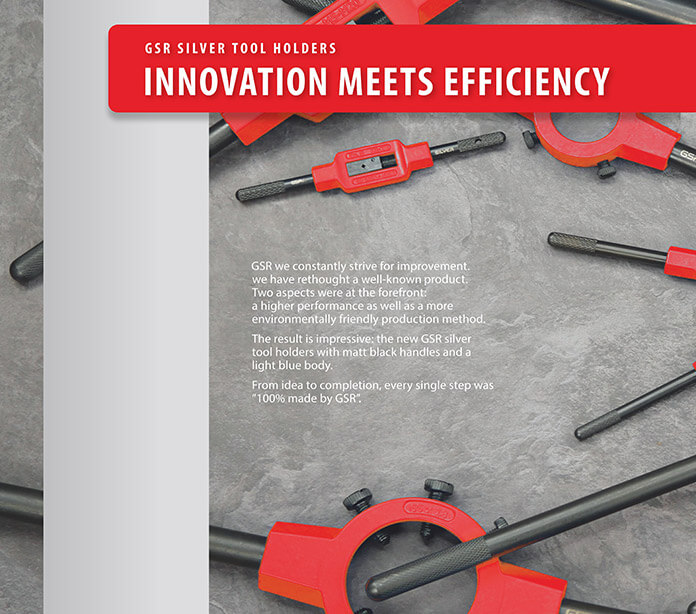 In May 2016, "Hangzhou GSR Threads Tools Co., Ltd." moved to Yiqiao Town, Xiaoshan for business further development. In order to fill the vacancy of high quality tap wrenches and die holders in the market, the company began to plan the new production line has been started to run officially with realizing.

In May 2018, the new production line was officially put into use, realizing the new production of "Function upgrading", "Green fashion" and "Personalized customization" of zinc casted tap wrenches and die holders. At the same time, the new product has obtained two national patents on "Appearance Design" and "New Utility".

In May 2019, the upgraded production of “zinc casted tool holder” has entered the production level with mass production, large-scale customization and brand standard. The company has started to upgrade the design of "casted steel" tool holders, and again enlarged the gap with the traditional "casted iron" tool holders in terms of function and appearance.

The trust from employees has contributed to the growth of the company.

The trust from customers has made our company developing.

The trust between partners has laid the foundation of the company.

We are a German manufacturer with modern production technology and dynamic innovative power from the tool city of Remscheid with competence based on experience since 1889. We want to think ahead with our products: Improve the proven and create the new

We offer you a solid promise of quality through an optimal price-performance ratio. You can rely on a German, family-run, medium-sized company.

Using scarce resources sensibly is the link between economic efficiency and environmental protection. This was and is the maxim of our actions.

If nothing can be left out, the goal of good design is achieved.

The form always follows the function and our function is good threads with GSR threading tools, because precision is in the detail when thread cutting, thread measuring and thread repairing.