Sometimes the term plunge tap can be confusing, while for machine and manual taps, the names already contain references to the purpose. In this article, we would like to show you the difference between these taps.

According to some manuals, the term "hand tap" has traditionally been applied to small size taps with a standard common length. Most manufacturers do not limit the description to fractional sizes. Assumed to be straight-fluted taps, they are taps whose recesses are set to accommodate the space for chips produced when the tap is cut. Some research suggests that the term originated in the early 1800s when most threading applications were actually done by hand. However, when the machine age took a giant leap forward after the 1880s, the term Hand Tap was still used to refer to taps with no change in design, and is now used for both machine and manual taps. 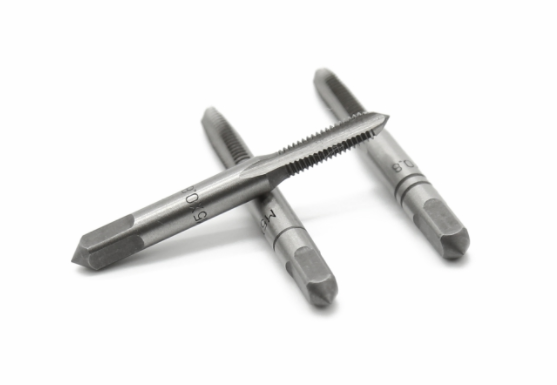 Since machine tapping was much faster than manual tapping, chip evacuation became more difficult to control. Machine taps will be defined as those with recesses designed with geometry to guide the chips out of the hole. Spiral tip and spiral groove taps fall into this category. These changes in groove geometry have improved tap efficiency. Today, with the increased use of cooling holes and external directed coolant flow in taps, straight fluted manual taps can provide a similar chip evacuation aid, but are still considered by some to be different from machine taps. 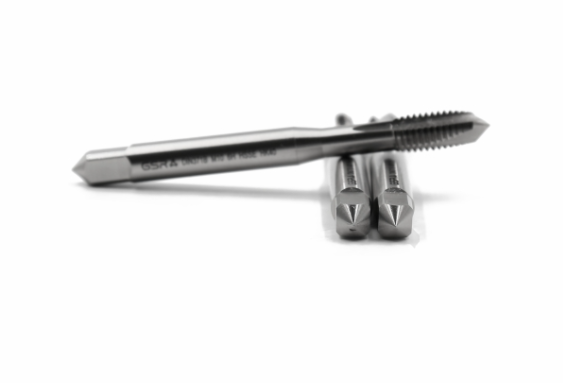 The cutting tap was actually a marketing invention in the 1970s. At the time, DIY stores were in the midst of a major expansion and threaded tools made their way into the assortment of these do-it-yourself stores. The idea behind it was to offer an inexpensive internal thread tap. For short through holes and heavy tapping threads that should be sufficient, customers only needed to buy one tap instead of a three-piece set that included a pre-tap, medium tap and finishing tap. The marketing strategist wanted the name to make it clear that only one cut is needed to cut the entire thread.

Technically, this is achieved by combining the long lead of the tapered tap with the full thread of the finished tap. 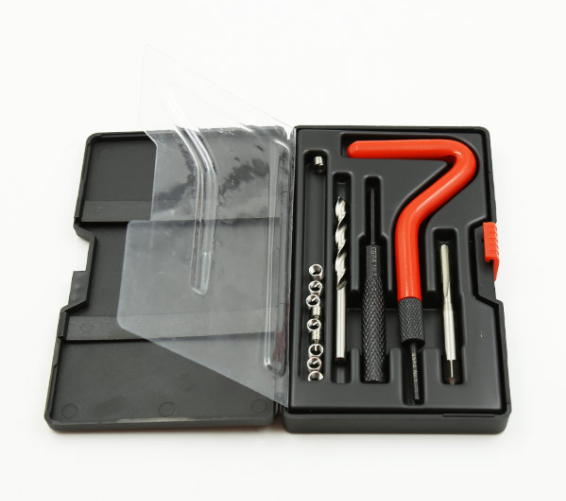 In fact, the technically correct name is " Type A short machine tap ". DIN standards 2184-1 and 2184-2, where the tap sizes are defined as "long" and "short" versions. Machine taps with flat head and reinforced shank are usually manufactured in long version, while hand taps are manufactured in short version.

You can also use finishing tools as machine taps. The correct name for this would be a short machine tap C. C stands for very shortcut. On the other hand, you can also clamp a machine tap in a tap and use it for recutting. However, the size of the square is different. Usually, machine taps have a very short lead. This makes it difficult to cut the threads.

Don't get hung up on a name. Today's hand and machine taps are made from the same base material and can be used by either method. The decision of which design to use should be influenced by the demands of the job. You can contact our experts for professional advice. Please click on the button to get a quote.